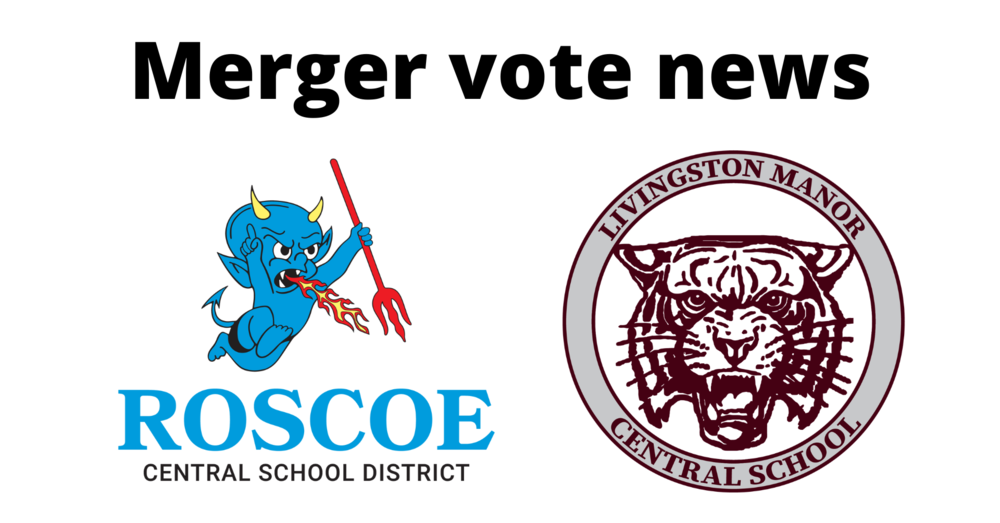 Registered voters of the Livingston Manor and Roscoe school districts will vote later this month on whether a merger between the two districts will move forward. The nonbinding referendum, or straw poll, will take place from 10 a.m. to 8 p.m. Wednesday, Oct. 26, in each district's new gym.

The two districts entered into a merger study at the end of 2021. The study was conducted by consultants Castallo & Silky LLC in the first half of 2022. An 18-member Advisory Committee of employees, residents and students from both school districts met with the consultants throughout the process. If a majority of voters in each district approve the merger proposal on Oct. 26, the process will move to a second, binding vote, scheduled for Dec. 14. If a majority of voters in either district votes “no” on the proposal, the merger process will end without moving forward any further. If the merger is approved in December, the new district will begin operations on July 1, 2023.

A mailer with more information about the merger was mailed to households in both school districts. Those who did not receive a copy may contact the district office to receive one. Information is also available on the Merger pages of both districts’ websites.