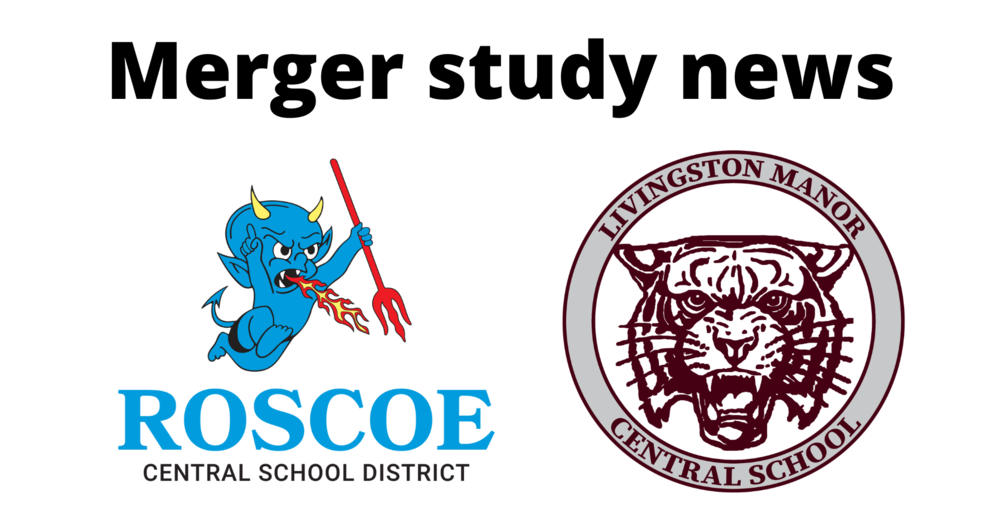 LIVINGSTON MANOR — A report on the possible merger of the Livingston Manor and Roscoe school districts will be presented to both boards of education on Sept. 12 at LMCS. The meeting, which is open to the public, will begin at 6 p.m. The meeting will also be livestreamed.

The meeting will include a presentation by consultants Castallo & Silky LLC, who have prepared the merger study on behalf of the two districts. The study, which is required by the state Education Department before districts can merge, contains information about both districts’ facilities, academic and extracurricular programs, transportation, enrollment and finances.

The meeting will also feature a panel discussion with members of the Merger Advisory Committee, which worked with the consultants to prepare the study. The 18-member committee includes district residents, employees and students from both school districts. Committee members will discuss the study and take questions from the audience and the board.

In October, both boards of education will have the opportunity to decide if the merger process should go to a public vote. If approved by the boards, the districts will schedule an advisory referendum, or “straw poll,” likely for late in October. All eligible residents of both districts will have the opportunity to vote in the straw poll to demonstrate whether there is support for the merger.

The public is encouraged to attend the Sept. 12 meeting to learn more about the merger proposal.